The Future Planning - Designing Places in a Climate Emergency Conference will take place in Glasgow on 8th October 2019.  We are pleased to have an amazing array of expertise to contribute to the programme. Here we list the contributors to the fourth session.

How do we work together to better protect, adapt, evaluate & maintain what we deliver?

Ian graduated in architecture from Edinburgh University in 1982. He worked in architectural practice for a number of public sector organisations as well as in private practice, in London, Glasgow and Edinburgh. He also worked in community design units in Wester Hailes, Edinburgh and Drumchapel, Glasgow. Ian joined the Scottish Executive in 1999 and became Chief Architect in 2006. He has responsibility for the development and implementation of ‘Creating Places’ the Scottish Government's policy on architecture and place. From 2008-2016 he was a Visiting Professor in Architecture at the University of Strathclyde and is currently involved in teaching the Masters in Architecture and Urban Planning at Dundee University. In early 2015, Ian spent a three month secondment at the Melbourne School of Design as a Visiting Fellow on housing related design. 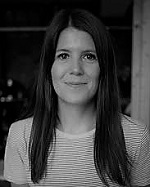 Heather is a chartered Urban Planner and Urban Designer, with a background in Geography. Currently Heather is on secondment to A&DS to develop their new project ‘Place Planning for Decarbonisation’ supported through the Scottish Government’s Climate Change Division. Prior to this, she worked at Glasgow City Council since 2008 leading on a diverse range of spatial strategy, regeneration and green/blue infrastructure initiatives. Heather has been responsible for leading on the strategy for Glasgow’s River Clyde waterfront and has helped build creative partnerships at different scales within Glasgow’s Canal Corridor. She has also co-delivered the internationally recognised Stalled Spaces temporary urbanism programme. Heather is an Academician for the Academy of Urbanism and in 2018, was recognised for her creative approach to planning, when she was awarded UK Young Planner of the Year 2018 by the RTPI. This year she was listed as one of planning’s 2019 Top 50 Women of Influence.

Irene Beautyman combines her 30 years as a planner with her experience as a trained facilitator to lead the Planning for Place Programme at the Local Government Improvement Service. Her key role at the Improvement Service is to forge closer links between everyone involved in making successful places that enabling wellbeing. Her work has particular emphasis in place-based approaches and working with spatial planning, community planning and public health. She is a proponent of the Place Principle and a member of the Place Standard Tool Implementation Group. Irene also runs the Planning Skills Programme sharing skills, knowledge and behaviours to maximise spatial planning’s proactive contribution to creating great places and improving outcomes. She works closely with Heads of Planning Scotland, the Key Agencies and Scottish Government. Irene is Chair of PAS (Planning Aid Scotland) and Senior Vice Convenor of Royal Town Planning Institute Scotland Executive. 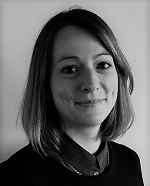 Kate is a Chartered Town Planner, and in her role at RTPI Scotland she works to ensure that planners have the policy and legislative framework they need to be effective place-makers, and to promote best practice in the profession. Previously, she has worked for Junto al Barrio, a Chilean NGO focused on delivering community regeneration in some of the country’s most vulnerable urban neighbourhoods, and in policy advocacy for the Campaign to Protect Rural England. All of these roles have helped develop a keen understanding of the importance of community involvement and leadership in placemaking. 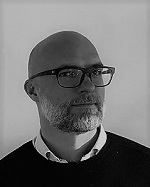 Euan became Director of BEFS in 2015, having joined BEFS as Advocacy and Communications Officer in 2013. Adopting a cross-sectoral approach, Euan engages with other areas of the built environment including planning, architecture and construction as well as national and local government. He has worked as a freelance historic building consultant across Scotland, latterly working as Assistant Director for the Cockburn Association before joining BEFS in 2013. He has a long relationship with the Architectural Heritage Society of Scotland and was Vice Chairman until 2012.

Closing remarks from James Dornan MSP, Convenor of the Communities and Local Government Committee of The Scottish Parliament

The conference will close at 4:30 pm.