The Future Planning - Designing Places in a Climate Emergency Conference will take place in Glasgow on 8th October 2019.  We are pleased to have a wide array of expertise represented within the programme. Here we list the contributors to the second session.

What is the role of masterplanning in planning & desiging future proofed places?

This session is comprised of two case studies, presented in plenary.

Manager of Building with Nature 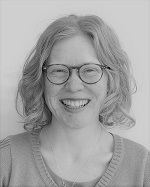 Building with Nature is the UK’s first benchmark for high quality green infrastructure. Gemma has been developing the benchmark with a team of industry and research specialists since 2015, and is now leading on establishing Building with Nature as the go-to standards framework for the design, delivery and long-term management and maintenance of nature-rich development. Gemma is a qualified environmental planner with a research and practice specialism in green infrastructure. Through her doctoral studies she has examined the role of community groups and the health and social outcomes of green infrastructure delivery at the residential and community scale. 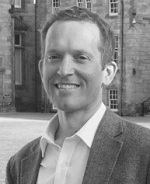 A director of Ian White Associates, Nick is a chartered landscape architect with over 17 years professional experience in public, private and third sector practice. He has worked on many masterplanning, green infrastructure, urban regeneration and rural projects in sensitive locations, with an emphasis on ecology and sustainability. 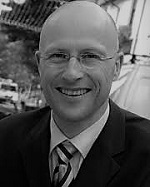 Max has been the Programme Manager for the GCV Green Network Partnership since it was formed in 2007. Max reports to The Partnership Board which is comprised of the eight regional local authorities, Scottish Forestry, Scottish Natural Heritage, Scottish Enterprise, Glasgow Centre for Population Health, and SEPA. He manages a small team based in the GCV Strategic Development Planning Authority in central Glasgow. The role of the team is to facilitate and catalyse delivery of the GCV Green Network through strategic and partnership working. Prior to his current role, Max worked for the Forestry Commission and Thames Chase Community Forest. 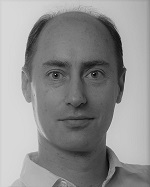 Michael has worked in Development and Regeneration Services at Glasgow City Council since 2004. His work and interests encompass a variety of topics, including: large-scale housing-led regeneration projects such as the Commonwealth Games Athletes’ Village; sustainability and social housing; addressing Glasgow’s post-industrial legacy of vacant and derelict land; finding new uses for the city’s built heritage; and building sustainable, cohesive communities. Michael’s role involves working in partnership with a wide range of agencies, including Scottish Government, housing associations and other third-sector organisations, and regeneration bodies such Clyde Gateway Urban Regeneration Company and the Glasgow Canal Regeneration Partnership.

Director of Landscape Architecture & Urban Design, LUC (LUC is a Silver Sponsor of the Conference) 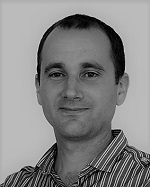 Duncan is a Chartered Landscape Architect and Recognised Practitioner in urban design. He joined LUC in 2001 and became an Associate Director in 2015. He has delivered many of our urban design, masterplanning and public realm projects and often leads LUC input where we work collaboratively as part of large multidisciplinary teams. Duncan is comfortable working at a variety of scales, from strategic masterplanning to detail design and construction. He is a talented and experienced designer validated by numerous awards; most recently he won a Scottish Design Award in 2018 for leading the Claypits Masterplan project on behalf of Scottish Canals. Duncan advocates the principles of ’placemaking’ and urbanism in all aspects of his work. 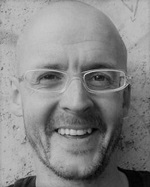 Within Igloo, Gary’s has responsibility for urban design and development delivery in Glasgow. He is heading up the phased development of 73 low cost homes at Maryhill Locks for Bigg Regeneration, a partnership between Scottish Canals and the igloo Regeneration Fund. The latest phase won Best Starter Home at the 2017 Scottish Housing Awards. Gary is also managing, on behalf of Scottish Canals, the design and development of a 25 acre former Diageo distillery. The first phase of works will be a £5 million grant supported enabling works package in 2018. Previous projects include the conversion of a 100,000 sq ft former Whisky Bond in Glasgow into artists’ studios, gallery and creative workspace, which won a commendation at the RICS Awards in 2015. Gary assisted the creation of a community interest company to curate and manage a venue and maker space in a former glue factory.

Originally a town planner, Chris initially worked at Glasgow City Council Planning Department on various projects including the first Glasgow City Plan.  He then moved to British Waterways Scotland just after the completion of the Millennium Link and worked on many partnership and community projects across the Lowlands’ Canals.  Chris was then seconded into a national waterside regeneration company set up by British Waterways and worked for several years on engagement and masterplanning projects in Leeds, Manchester, Birmingham and London.  He then returned to Scotland to work on charrettes and fundraising opportunities to bring about positive change to canal-side communities with a particular focus on North Glasgow’s Canal Corridor and the Glasgow Canal Regeneration Partnership.