The space of the city

Keynote speaker Professor Tim Stonor and colleague Nicholas Francis (Space Syntax) share their thoughts on how the space of the city plays a fundamental role in achieving sustainable urban development. 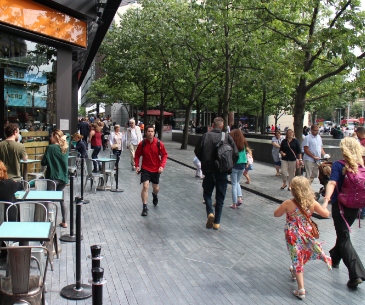 In recent years, cities worldwide have begun to take the lead over national governments in planning and acting on unsustainable development and to become resilient to climate change, particularly through city networks such as the C40 group[1].

This is a profound shift in thinking. In the UK particularly, cities spent much of the 20th century being perceived as problems, but are now widely recognised as places of opportunity which play a fundamental role in national social and economic life. The Foresight Future of Cities Project, looking at UK cities in 2065, shows how far this turnaround has come.

The space of the city

However, sustainability is not just about making the stocks and flows of resources that constitute the ‘metabolism’ of the city more efficient or circular. Nor is it simply about more efficient buildings; the carbon reductions achieved in a year of eco-building can be easily wiped out in an afternoon of lazy, car-dependent masterplanning.

I contend that the key element of achieving sustainable urban development is to understand the space of the city.

“achieving sustainable urban development is to understand the space of the city.”

Commonly overlooked in favour of pipes, cables and concrete, spatial layout is the defining critical infrastructure of the city. Space shapes how we move, interact and transact; it organises the environmental, social and economic performance of the city.

Understanding the spatial network can bring the interdependent imperatives of sustainable living, resource security, infrastructure and connectivity into focus at once.

A problem of fragmentation

With this in mind, it is apparent that the means by which urban places are ‘greened’ is, above all, a design problem.

Too much of what we see proposed falls far short, dividing the city between the ‘green’, ‘blue’ and ‘grey’.

Crucially, by separating the urban landscape into local places connected by roads dominated by cars, a vital middle level of urbanism has been left out. The outcome is fragmentation. Fragmented urbanism risks harming the social, economic and environmental health of cities.

So, how can we integrate green spaces and green infrastructure into the network of the city rather than having it divide us from our jobs, services and each other?

It should be to see the ‘grey’ city as an ecological object. We should acknowledge that the city is itself a network of streets and spaces that are simultaneously landscape corridors and conduits of human movement, community relations, commerce and ideas.

A ‘green’ city is a spatial network of seamless connections, not one fragmented between the urban and green space.

“A ‘green’ city is a spatial network of seamless connections…”

A science of cities

An emerging field of urban technologies – a science of cities – will help us inform future urban designs and appraise propositions to ‘green’ cities. Space Syntax has been pioneering and developing an evidence-based approach to a science of cities over the past 25 years.

Using processes of Integrated Urban Modelling allows us to investigate and appraise the social, economic and environmental performance of different development scenarios of cities and urban places. It allows us to be spatially intelligent with our cities.

“Integrated Urban Modelling… allows us to be spatially intelligent with our cities.”

Integrated urban modelling can bring these different groups together to facilitate meaningful action towards sustainable cities. It enables us to overcome the disciplinary fragmentation between developer, architect, planner and mayor.

In return, it will enable us to take stewardship of our cities for the next generation.

The Building Prosperous Cities conference is an ideal a forum to discuss these ideas further, ensuring the established science of cities meets the emerging science of natural capital. 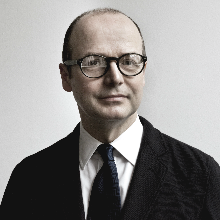 Tim Stonor is an architect and urban planner who has devoted his career to the analysis and design of human behaviour patterns – the ways in which people move, interact and transact in buildings and urban places. He is an internationally recognised expert in the design of spatial layouts and, in particular, the role of space in the generation of social, economic and environmental value. 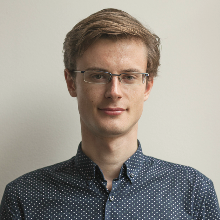 Nicholas Francis is a Senior Consultant at Space at Space Syntax with a particular focus on Urban Policy and Foresight. Previously, Nick led the research for the Foresight Future of Cities project at the UK Government Office for Science.

Back to the Building Prosperous Cities blog.