Natural Environment Valuation Online is a new web-based tool for natural capital and the sustainable management of natural resources, commissioned by Defra and produced by the University of Exeter.

Ecosystems Knowledge Network is offering you the chance to discover the tool and take part in case study trials of its usage via a webinar on Wednesday 31st October at 1 pm GMT.

The webinar is nearly full. Register now to reserve your place.

We are pleased to be offering this popular one day training event again, this time in Central London.  Find out more.

Register now for your place at the UK's leading forum to catalyse investment in the UK's natural environment. We have an engaging programme to meet the needs of a diverse range of professionals in financial services, land management, and environmental stewardship.

An exciting job opportunity has opened with the chance to work as a researcher and project officer for the Ecosystems Knowledge Network. Please send a CV and cover letter (no longer than one side of A4) to info@ecosystemsknowledge.net.

If you would like further information about the role please send your email enquiries here. Application is open until Monday 24th September.

We have lots of informative events for you. Browse our listing now. 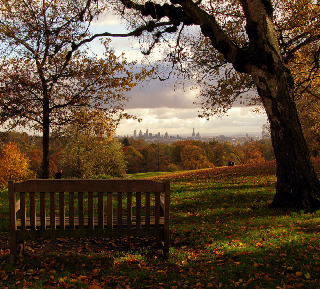 A new website which showcases the natural environment of Greater Manchester and encourages people to enjoy it and help care for it was launched at the GM Mayor’s Green Summit in March. It features projects that are restoring natural features and improving access to green space, plus information on walking routes, conservation activities and volunteering opportunities.

The Natural Capital Planning Tool (NCPT) was formally released on 6th March 2018, following several years of development and testing with support from NERC and RTPI.

The NCPT allows the user to assess the impact of new or proposed developments and plans on the value of Natural Capital and ecosystem services.

The Excel-based tool is profiled as part of EKN's Tool Assessor service.

The Landscape Institute has published its Technical Information Note on natural capital accounting. The Ecosystems Knowledge Network was commissioned to draft this.

A link to the Note can be found on our natural capital accounting resource page at https://ecosystemsknowledge.net/resources/themes/accounting

The first Natural Capital Investment Conference, held on 1st March in London and organised by the Ecosystems Knowledge Network, brought together almost 200 experts from the finance, property, government and environmental sectors. The day was dedicated to linking investors with natural capital projects and highlighting the emerging new forms of finance for natural capital restoration.

The Ecosystems Knowledge Network is pleased to announce the launch of a Natural Capital Investment Forum, an on-line group to facilitate learning about how to secure new investment into natural capital restoration projects.

The Wildlife Trusts have published their latest vision for what a good, "nature-rich" housing development can look like, making the case for both developers and planners.

It states that "Built in the right way, in the right place, new housing developments can make a positive contribution to nature and to the health and wellbeing of people who live there."

Read the report at http://www.wildlifetrusts.org/living-landscape/planning/housing-and-nature

The Natural Capital Committee has published its 5th Report, setting out its activities for 2018. The Committee asserts its position as integral to the implementation of HM Government's 25 Year Environment Plan. Among this, it says that "In 2018 the Pioneer Projects should move from their initial start up phase to become an integral part of delivering the Plan."

The four Pioneer Projects, relating to five locations in England, are intended to explore the challenges and opportunities raised in implementing a "natural capital approach" in practice.

The 25 Year Environment Plan announced by Theresa May today marks the end of an era in which we have simply slowed the decline of the natural environment. It places more emphasis than ever before on the vital functions of the environment for a sustainable economy, such reducing flood risk and improving health.

For the first time, the total value of London's green spaces, and the value of the benefits they provide to people in London, has been assessed. The findings were published today in a report funded by the Greater London Authority, National Trust and Heritage Lottery Fund.

London is one of the world's greenest capital cities, with an extensive network of public parks and green spaces, though access to these varies across the city. headline figures in the report include:

A major conference being organised by the Ecosystems Knowledge Network, taking place in London on 1st March 2018, will identify the best ways of securing much-needed investment in the UK’s natural environment.  The Natural Capital Investment Conference will be a significant step forward in the quest for new ways of financing the restoration of key natural features such as woodland and wetland.  The benefits that flow to everyone from this ‘natural capital’ have been valued at billions of pounds.

There is a growing focus on the economic case for putting more resources into preventative healthcare, to reduce future demand on NHS services. At the same time, awareness of the benefits to people's physical and mental health of spending time in nature is increasing rapidly.

The Agriculture Working Group of Wildlife and Countryside Link, a coalition of 46 voluntary organisations in the conservation sector, has set out its ideas for a sustainable farming and land management policy in England. These proposals are driven by the current discussions around the future of support for the farming sector following Britain's departure from the EU. They make a case that policy should focus on environmental land management and securing public goods and benefits for all of society. There are three high level objectives identified:

A review of 145 UK projects and initiatives involving private sector investment to improve natural capital has just been published by Defra. The aim was to provide a preliminary oversight of the current state of private sector investment in natural capital and ideas on how this can be scaled up. Amongst the projects included in the review some good examples of sourcing private finance were identified.

Wildlife Trusts Wales has published an outline of how green infrastructure can help fulfill the goals set in the Wellbeing and Future Generations Act in Wales. It puts forward a vision for green infrastructure in the country and lists numerous pieces of evidence for the multiple benefits of GI, from tackling health inequalities to increasing prosperity and improving community cohesion.

Read the full report on the Wildlife Trusts Wales website

The ECOSTAR initiative, to encourage and support entrepreneurs who are developing nature-based businesses, was launched in Manchester in June. ECOSTAR have just provided the following update on their activities:

Public Health England has published an evidence resource for planning and designing healthier places. It includes a short section on 'Access to and engagement with the natural environment', setting out evidence in ways that will be helpful to those working in the health sector.

Natural England’s ongoing Monitor of Engagement with the Natural Environment (MENE) survey provides data on people’s use and enjoyment of the natural environment. The survey has been running continuously since 2009 and every week conducts at least 800 interviews with a representative sample of adults in England.

On 21st June 2017, Open Government Network Northern Ireland organised a webinar entitled 'The Sustainable Development Goals in the UK: priorities, processes, participation'. It provides a helpful introduction to what the Goals mean for the UK. The ecosystem approach principles - the focus for the Ecosystems Knowledge Network - can help to put the Goals into practice.

A link to the recording is available at https://youtu.be/sgrukwJbu6E

How does Scotland's natural capital contribute to its national wellbeing and economy? This afternoon event (2pm - 4pm) on Wednesday 28th June 2017, organised by ESComm, will showcase different strands of work taking place to help determine how sustainable the use of natural capital is and where important risks and opportunities lie.